'Heart Beat' was re-mixed and recorded live in Vienna, Austria by A. Fiddle-Hooper and Megumi Otsuka for the Ars Vitalis Fundraiser in Poland.

A. Fiddle-Hooper is an internationally accomplished musician, composer, producer, conductor and instructor.

Currently, they are the Co-Founder & Conductor of SASY (Sonoma Alternative Symphony 4 Youth) in partnerships with Music My Ears in Cotati and The Sonoma Community Center in Sonoma Valley. They are resident Instructor of violin and cello at Music to My Ears. 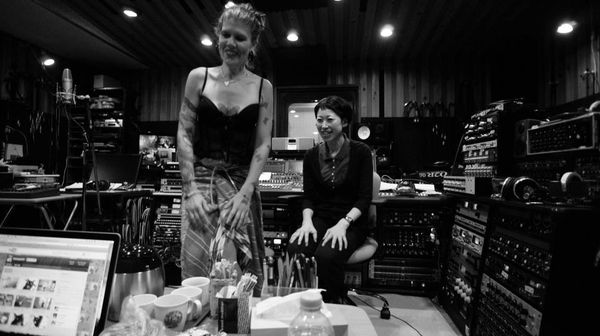 A. Fiddle-Hooper worked with Alchemy Studios in Osaka, Japan with Sound Engineer Toshiaki Kitahata for a Japanese re-mix of their songs, '2.5 Children'  and 'Fire' with their Japanese band IMORI.

A. Fiddle-Hooper co-produced their first album 'Groove Sessions', with Jane Clark of Motown, 2008. 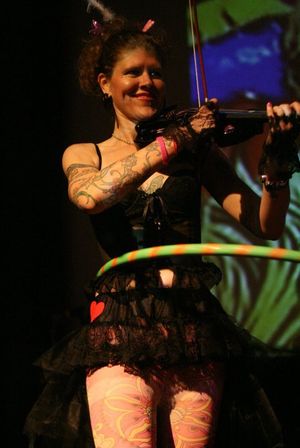 (Photography: David Korman)
As the FIRST 'hula-hooping electric fiddler' in the world,
Their show is guaranteed to entertain, intrigue and mesmerize!

The Whirlwinds of WOOOW - An audiobook